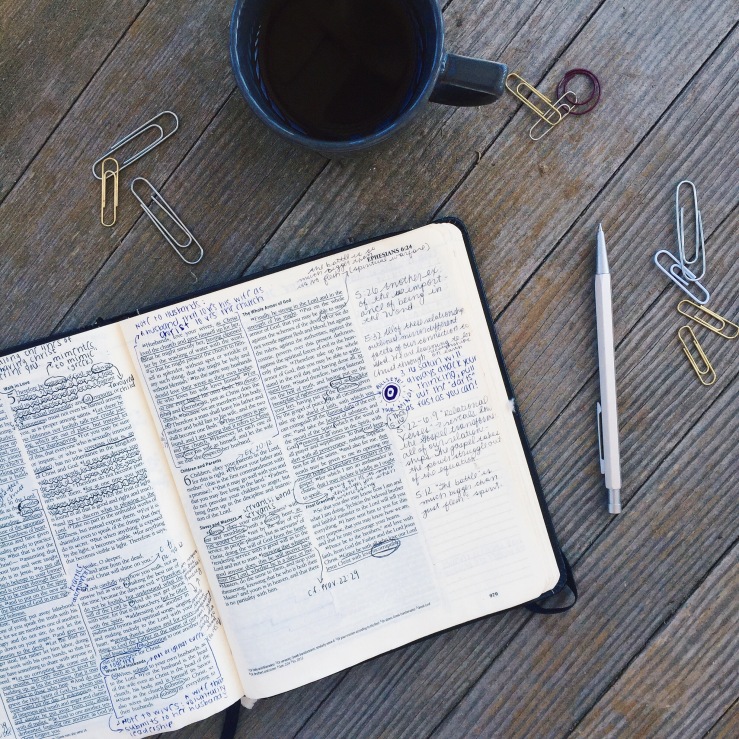 Yesterday was International Women’s Day, and I think it was a wonderful time to reflect on the great achievements made by strong women of past and present. Some of those strong women have gained international recognition and many others’ efforts are recognized in only their households.
I come from a long line of strong, independent women, and I’m quite proud of that dynamic. My parents both made executive decisions when it came to finances, vacations, and other familial issues. My parents were a united front; no one was trying to overpower the other.

I think all of us have tripped up over the Ephesians 5 passage. As someone who believes in equality between the sexes, I have to admit that I had trouble understanding as well. At the end of the day, we’re all one in Christ (Galatians 3:28). So why do women and men (Christians and non-Christians alike) have this problem with submission…

END_OF_DOCUMENT_TOKEN_TO_BE_REPLACED 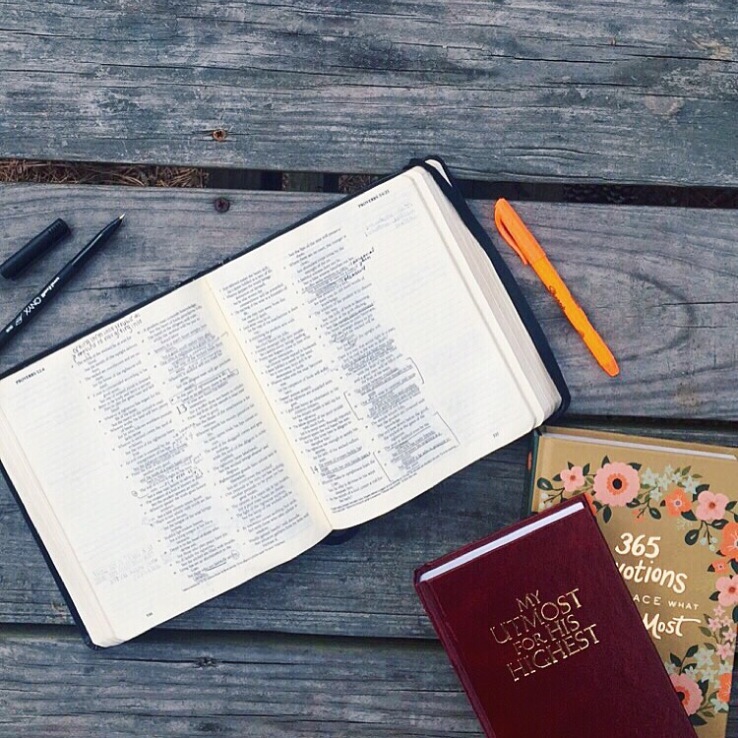 It’s midterms week, hence why this post is a day late, but I wanted to share a few thoughts of mine that have been coming up in some recent conversations:

END_OF_DOCUMENT_TOKEN_TO_BE_REPLACED

My parents can attest to the fact that I was pretty inquisitive child growing up. I used to badger them with questions like why the sky was blue, why boys didn’t wear skirts, and why they could have snacks after a certain time and not I. You know, the normal stuff.

But the question that consistently came up in my mind was who exactly was I? Why was I created human? I started questioning a lot of reality, and I fell short of satisfying those inquiries. I didn’t understand what my purpose was here on Earth.

I grew up in a Christian home, but I was not grounded in my faith. I looked at Christianity as more my parents’ religion, and I was supposed to follow along. This of course didn’t help with my self-identity issues, and I found myself going through an “identity crisis” starting in middle school up until sophomore year of my undergrad.

END_OF_DOCUMENT_TOKEN_TO_BE_REPLACED

It’s that time of year again.

Two years ago I wrote an essay about February. With complete disdain, I described the month as dreary and overall depressing. During this strange “in-between time,” many people find themselves feeling the “winter blues”: it’s not exactly spring and winter is dragging on.

END_OF_DOCUMENT_TOKEN_TO_BE_REPLACED

I grew up with both of my parents working outside of the house, so my sister and I grew up with many different au pairs. For those who don’t know, an au pair is a nanny who’s from out of the country. I was obsessed with getting to know each girl and her cultural background. My favorite pastime was learning different phrases in each unique tongue. The first phrase I wanted to know from each was “I love you”:

By the time I grew out of having au pairs, I had learned how to communicate love in 11 different languages.

It’s no surprise that as a culture we’re obsessed with love, myself included (I’m listening to a playlist of love songs as I write this post). I’m unaware of any other that has sparked as much discussion and change as much as love has; there are more movies, literature, art, and music dedicated to this life-altering emotion than to any other.

If you’re a Christian, you’ve probably heard about love more than any other topic because God is love. So in the spirit of Valentine’s Day, I thought this would be an okay topic to write on. While I can’t admit to anything highly original, I wanted to share a few thoughts that I’ve been dwelling on when thinking about this euphoric feeling known as love.

END_OF_DOCUMENT_TOKEN_TO_BE_REPLACED

If you’ve ever been in a long distance relationship, you’d know they’re one of the hardest to maintain.

Every relationship I’ve been involved in has ended up being long distance. Which is to be expected in college; it’s rare to find someone who calls “home” the same place you do. I was lucky enough to attend school with my past boyfriends, but the challenges came when we parted ways to our respective home states.

The forced distance caused us to say goodbye to making new memories in a shared environment, to those little touches that made the butterflies in my stomach go crazy, to those looks unique to us: all of those elements we took advantage of when we were together. We would have to work extra hard to keep in contact and keep the romance alive.

Yes, distance does make the heart grow fonder, but when you’re apart for long, sometimes it’s hard to miss that other person. No longer is it a physical distance, but it creates an emotional distance without us even realizing it. We get bored by our routine, and we sort of…give up.

I feel like my relationship with God has become long distance.

END_OF_DOCUMENT_TOKEN_TO_BE_REPLACED 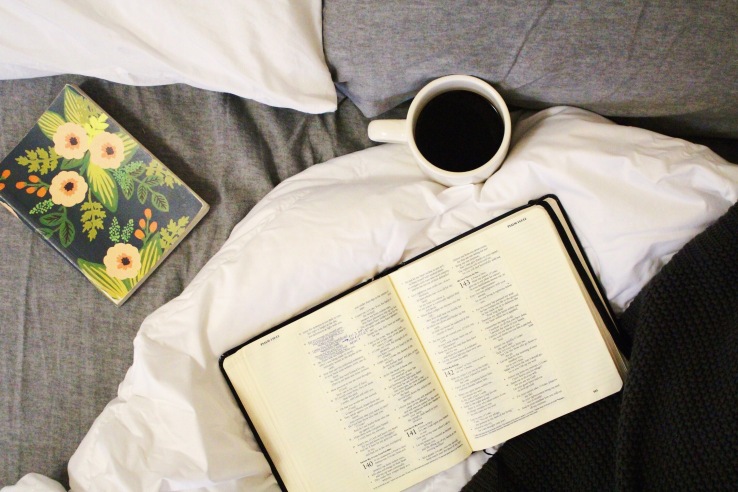 Ever since I can remember, I’ve been a writer.

My mom recounts stories of toddler me getting lost in a dictionary, yearning to learn new words to put into story form. Because of my writing obsession, I’ve always kept a journal.

If you’ve never journaled before, I strongly encourage you to. It’s quite therapeutic, and I’ve often enjoyed looking back through entries and reliving those times of joy, angst and even sadness to reflect on the growth since that time.

I just did that, hence why I’m writing this. As I flipped through the pages of my floral Rifle Paper Co. journal, I stumbled upon an entry from April 8, 2015.

The top read: Thank you for hearing me, Lord.

END_OF_DOCUMENT_TOKEN_TO_BE_REPLACED

Story time: one night over Christmas break, my sister and I were driving, and I had asked her about her New Year’s Resolutions. One of hers included asking the Holy Spirit to move her in a way where she’d feel burdened every time she sinned. This really caught me off guard, because at 21 years old, I don’t think I’ve asked God to do this for me, and here was my 19 year old sister showing me up.

“I know I can be pretty rebellious; if someone tells me to do something I don’t want to do, I won’t do it. I don’t even feel bad about it. Honestly, that scares me. It’s small right now, but I don’t want to go into this downward spiral because of it. So I want God to work in my heart with that.”

Great, I thought, are you trying to teach me something, Lord?

The next morning, I was finishing up my devotions through the book of Ezra. Ezra 10 talks about the distress Ezra feels after the Jews have broken God’s command against intermarriage. In both Ezra 9 and 10, Ezra is completely distraught in his intercessory prayers:

“Then Ezra withdrew from before the house of God and went to the chamber of Jehohanan the son of Eliashab, where he spent the night, neither eating bread nor drinking water, for he was mourning over the faithlessness of the exiles” (Ezra 10:6 ESV, bold by me).

END_OF_DOCUMENT_TOKEN_TO_BE_REPLACED 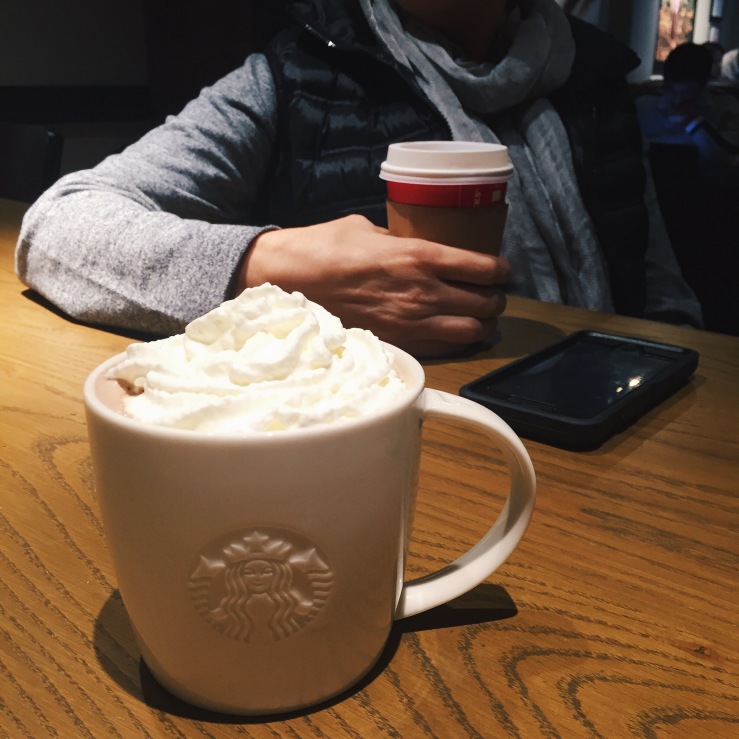 Relationships has been the main topic of my recent conversations…and not just the romantic kind.

And in the middle of briefly discussing that topic in Starbucks, it caused me to reflect on something (I feel) is seriously lacking in churches.

END_OF_DOCUMENT_TOKEN_TO_BE_REPLACED

If you were to watch a 30 minute show, you’d expect there to be at least 10 minutes of that time allotted to commercials. Even driving a short distance, you’d expect to be sharing the road with billboards.

We live in a world where everyone is fighting for our attention. Some people go to school for it. When we have priorities set, it’s hard to keep to that list when there are distractions keeping you from it.

If 2015 had taught me anything, it was how easily I could be distracted.
END_OF_DOCUMENT_TOKEN_TO_BE_REPLACED